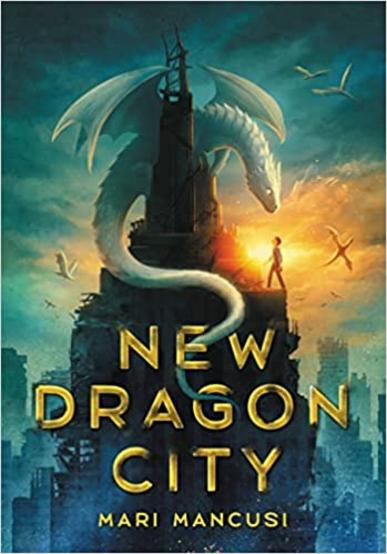 A high-stakes, action-packed adventure perfect for fans of the Wings of Fire and How to Train Your Dragon series

No one predicted the dragon apocalypse. The dragons came suddenly and decimated the world as we knew it, including New York City. Now, three years later, Noah, his hardcore survivalist father, and a ragtag group of survivors are barely scraping by in this new reality. Kids scavenge not only for materials in abandoned homes but also for leftover books at the library. Adults spend their time establishing a make-shift society and defending their shelter... with any means available. At least for the few months the dragons are hibernating, until it’s no longer safe aboveground.

Noah has seen the damage these creatures can do firsthand. When it comes to dragons: It's kill or be killed. But a chance encounter between Noah and a young dragon forces him to question everything he thought he knew. With rumors spreading that there’s a group of survivors living in harmony with dragons instead of hiding underground, Noah teams up with his fire-breathing ally to find out if peace between humans and dragons is really possible. But the division runs deeper than scales versus skin because trying to follow his heart might just cost Noah his family too. If Noah and his father can’t see eye to eye, can he really get humans and dragons to?