While the CAMELOT'S HONOR video game that Sophie and Stu play was made up for the book, Mari based it on her favorite video game of all time: World of Warcraft. 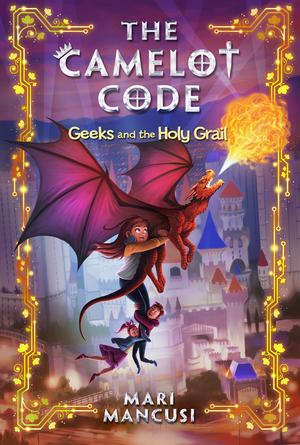 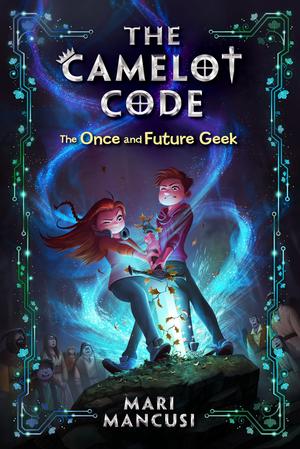 THE REAL LEGEND OF King Arthur

Was ​Arthur a real person? Did he really pull a sword from the stone to become King? How did his legend become so popular? Here's a great article on the real guy behind the story!

When young Arthur of Camelot accidentally time-travels to the 21st century and Googles himself, he discovers the not-so-happily ever after in store for him once he pulls the sword from the stone. Yes, he'll go from squire to sovereign basically overnight, but he'll also lose the love of his life to his best friend and eventually die in battle. What's a once-and-future king to do? Easy: stay in the future, where he'll actually have a future-and join the football team instead.

Now, with the help of the great wizard Merlin, modern-day gamer-geeks Sophie and Stu find themselves in a race against time to get that sword pulled from the stone and the stubborn soon-to-be-king Arthur back to the past where he belongs. Complicating the plan? Lady Morgana-Arthur's sister and greatest enemy-has traveled to the future as well, determined to take Arthur out and seize the throne. Can Sophie and Stu use their gaming abilities to defeat the evil Morgana and set the timeline right? With the very existence of their friendship, their families, and the world as they know it (including pepperoni pizza!) at stake, they'll use every skill, power-up, and cheat code they know in their quest to save the day.